Members | Sign In
O'Brien News Service > Real time reports
Even the host tells Trump supporters not to tune it?

A show honoring TV and its stars cannot get an audience on TV ...go figure...

Emmy ratings are low - they equal last year's low at 11.3 million...
it seems odd that it would tie last year. Perhaps it is BS. They found a few more viewers to make it the second lowest..sure, they did...

NOW: Emmy ratings trended about even than last year - which was an all-time low. They were lower in the early reported numbers but ended up in a tie. Sure, they did. Then somehow, barely beat last year. Now, many will try to explain this away, but no need to. The show is no longer really about honoring TV and its stars. And yes, the way in which we consume the product has changed and Hollywood hails it. But, that is another reason why the ratings for this are off, too. When a show on Hulu wins for Best Drama ("A Handmade's Tale"), most will not care or tune in. Nobody really watches it (Hulu does not release ratings. Subscription services may have many who pay for it, but when it comes to tuning in to the shows on the service, that is another story. TVbythenumbers proves this...
Picture
Example: “Big Little Lies” (HBO) – 0.4, 1.17 million (it won for Limited Series); “Veep” (HBO) – 0.2, 580,000..so, the Best Comedy is seen by fewer than 1 million people. Much lower. Hollywood will continue to tweak the ratings to make a show with low numbers a hit. They are using the 18-49 advertisers (or 25-54) favorite number as a way of doing just that. The reality is, despite what people think, these shows are NOT being watched. When we have 120 million households with TV and the numbers are below 12 million, that show is NOT a hit show. One must wonder if it is worth covering it anymore. ​Here is an example of how they will do it. Again, from a Tvbythenumbers story...This is from them.."American Horror Story" sample: “American Horror Story: Cult,” put up big gains with three days of DVR viewing. The FX show more than doubled its adults 18-49 rating from 1.2 to 2.5. It also doubled its total audience, going from 2.38 million to 4.76 million viewers, they said. Yes, they used the demo of 18-49 to show the rise. Then, they showed a total which shows gains. However, the KEY HERE IS THE TOTAL FROM THREE DAYS OF DVR VIEWERS. Come on, that is not the way to make a show a hit. Sure, play it every single day for a week and it will have a bigger number.

EMMYS BEFORE THE SHOW FROM @Timobns - The ratings for the Emmys have tanked of late so getting a positive headline will be easy if it gets just 10 million (which is terrible for a major award show). But, Stephen Colbert is niche at best for getting a large rating. If they stick with entertainment (which this is), it would help. Insert hateful political banter and then people will click away.


Gold Derby may have uncovered the show format

Plenty of Emmys already handed out before show commences. HBO leads the way with 16 wins; Netflix, 11.

The ratings for the Emmys have tanked of late so getting a positive headline will be easy if it gets just 10 million (which is terrible for a major award show). But, Stephen Colbert is niche at best for getting a large rating. If they stick with entertainment (which this is), it would help. Insert hateful political banter and then people will click away. Plus, there is the NFL on NBC Sunday night, which will beat it to a pulp in the ratings. Opposite the Emmys is the Packers/Falcons. Last Sunday's game saw 21.56 million viewers. And that was low by their standards for an opening Sunday night.

`Saturday Night Live' and `Westworld' lead the Emmy Award nominations with 22 each. 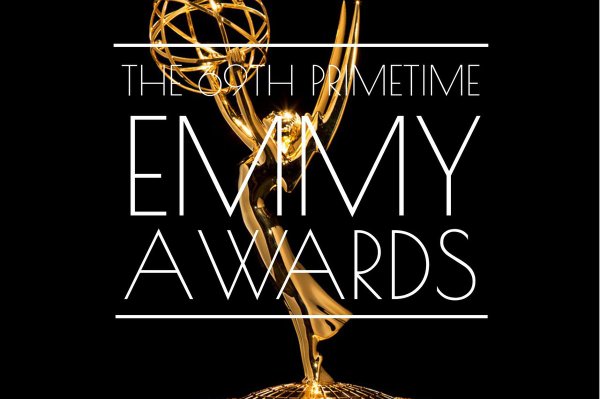 TOB
page   1
Back to Topics
Login below to reply:
get your own embeddable forum with talkiforum.com