The Wrap after parties

"La La Land" sweeps...seven for seven and a record...beats "One Flew Over the Cuckoo's Nest" with six.

"La La Land" and "Moonlight" take top movie awards while "The People vs O.J. Simpson" takes TV movie/miniseries. "Atlanta" wins TV comedy; "The Crown" for TV drama. Trump jokes did dampen the mood and by doing so they alienated a good portion of their audience, which are paying customers...Meryl Streep getting praise from the insiders and those in Hollywood, but not likely Middle America, or the flyover states. She also dissed Football, which is the most-watched event in America...meanwhile, Jimmy Fallon was awful and had no timing. If Streep's stock rises now and she gets another Oscar nom for her latest film, read between the lines. All PR and markeShe has 18 Oscar noms and won only three. Yes, use ONLY because with so many nominations, one would think she would have at least five by now. So, she may be lobbying for a win here.

- After the Golden Globes, we now know why Donald Trump won. America is tired of the hate directed at them from the elite. Oh, the lectures.

- Time to redefine the word joke and comedian after tonight. Fallon is horrible.

- There is a major portion of America that will now tune off the rest of the award season.

#GoldenGlobes- football is the only thing people are watching on TV now. That is why certain factions are trying to ruin it.

@thehill - that monologue was so incoherent one could not even make out any joke. We need to redefine the word joke for liberals.

@THR - stopped the show for a planned tribute? Hmmmm.

@To_S_ @dcexaminer - actually, Americans do not vote for the Golden Globes. It is the Hollywood Foreign Press . . about 100 people.

@THR - and could have been planned and if it was, it was worse than it appeared. Doing the Mariah joke makes it look like a set up.

#GoldenGlobes- they moved the date of this show so now they CAN influence Oscar nominations. Oscar deadline is Feb. 13.

Not a fan of Fallon as he has ruined "The Tonight Show" to me. And a hosting gig needs the host to not take over and try to outshine the rest.

And that opening (a first for this show), a parody of a movie that is not seen by many (yet). But, it was not bad, I have to admit. Meanwhile, his teleprompter went down as he started and showed he cannot ad lib.

I will not even go into Meryl Streep ...sad that she took that forum to whine. And basically called those who voted for Donald Trump, deplorable...sound familiar?

Tim O'Brien ‏@Timobns
@THR - and could have been planned and if it was, it was worse than it appeared. Doing the Mariah joke makes it look like a set up.

Best Supporting Actor
Aaron Taylor-Johnson - "Nocturnal Animals"
Notes: Going in, many thought Jeff Bridges for "Hell or High Water" would win but remember, this is from the Hollywood Foreign Press Association, which means it leans to those from across the pond.

If a TV awards gets mentioned here, because it will be like this. Huh" "Atlanta" wins best comedy.

Hugh Laurie wins is an upset for actor in a TV movie or miniseries.
- - -

BEFORE: My real worry this award season is the Trump hate and delusional Hollywood folk. Not all, but those who host shows, etc. They are in danger of turning more people off as they spout political this cycle. They need to award the movies and not overly worry about Donald Trump.

My biggest worry is that the Trump hate and the idea that stars feel they can still affect public opinion can ruin this award season cycle. It is showing that the more they spout their hate or intolerance, the less the public cares about them and their products. Hollywood is a business and while we all have opinions, it can and does affect matters. They are free to have those opinions, but they do not tolerate others for having a different one. Honor the movies and TV productions and its stars and leave politics out - they are an entertainment business, that is all to me. When they go rouge, it hurts. My opinion would be the same if Hollywood was a conservative community and all they did was bash liberals. Yes, Hollywood is more of a liberal community for sure. I have covered this going back to high school and lately, it does not have the same feeling and/or meaning as it once did. They are ruining my love for movies - and I thought that would never happen. But, it is my beat and we do the job.

Inside the party scene, thanks to The Wrap

Meanwhile, they pushed these back a week or so so they can influence the Oscar nominations. That is my take. Having this on Jan. 8 means the winners may influence some Oscar voters as they just received nominations ballots this past week. The deadline in Feb. 13...Oscar folk, some time back, changed that deadline so Globes would not influence. Let us see if they change again. Not this year, though.

They do not do an In Memoriam in this show but said they will note Debbie Reynolds and Carrie Fisher. The key is to die right before an award show it seems. They are going to force changes if they do this and not for someone who is bigger than those two - - and there are many.

"La La Land" has seven noms; '"Moonlight" has six; "Manchester" grabs five. Summit Entertainment/ Lionsgate Company has 10 -- "The People v. O.J. Simpson: American Crime Story" leads TV with five - - I downplay TV with these since they get in the way a bit.

It looks like "La La Land" is striking the right notes for award season. As the Golden Globes unwrapped its nominations, it was the musical that soared.

Hollywood, critics and those in the business of show love to award films about themselves and "La La Land" falls smack dab into that premise.
- "La La Land" has seven noms; '"Moonlight" has six; "Manchester" grabs five...
- Timing is everything here as well. "La La Land" is in limited release as these ere announced and it opens small and goes wider. Oftentimes, the early leaders fade away but that film will stay around, I think. Hollywood loves to award a musical when it can.
- Out is Martin Scorcese for "Silence" and in is Mel Gibson for "Hacksaw Ridge." A comeback for Gibson even if he does not win anything.
- Of course, Meryl Streep is here, but note she is also getting the Cecil B. DeMille Awrds this time around.
- Yes they have TV, but I put them on the side during award season as they get in the way. Oh, "Empire" got thrown to the curb.
- It could easily go out as the two winners will be the films battling for top Oscar come February. That would be a "La La Land" win for comedy/musical and "Moonlight" for drama.
- Since Globes do have top two categories for film, it can often water it down. Meanwhile, the Oscars can have up to 10 best pic noms and that, too, can water it down. 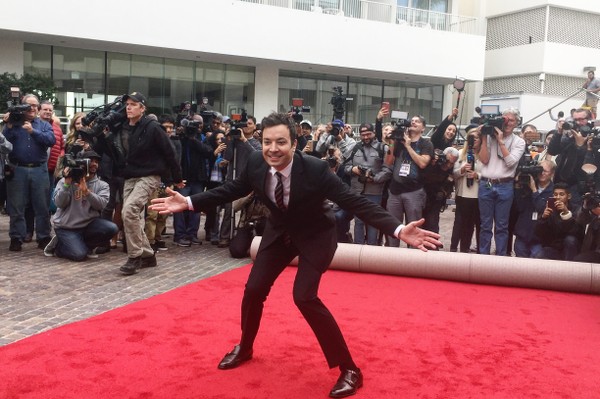 Blake Lively currently getting ready for the #GoldenGlobes tonight! We can't wait to see what she will be wearing tonight! pic.twitter.com/eSfDyG41QW

We're live on the #GoldenGlobes red carpet with host @EWagmeister! Follow us for exclusive interviews and more throughout the night pic.twitter.com/Cl3PJcF6Jm

"The People vs O.J. Simpson"

timobrien33 said Jan 09, 2017 02:24:12
Hollywood ReporterVerified account ‏@THR
Ryan Gosling thanks "my lady" Eva Mendes during his #GoldenGlobes acceptance speech: "Sweetheart, thank you" http://thr.cm/2mmYer
TOB
page   1 2 next last
Back to Topics
Login below to reply:
get your own embeddable forum with talkiforum.com