The 68th annual Emmy Awards ended with "Game of Thrones" taking the top drama award. The award before that was for top comedy and that was awarded to "Veep."

All in all, a delightful evening that seemed to flow better than host Jimmy Kimmel implied throughout the night. Kimmel, self-deprecation was a nice departure from hosts who think they are the show. No need to interrupt the night with needless musical interludes ecept the one that is NEEDED - the In Memoiriam - Tori Kelly was superb in that role.

"Game of Thrones" made history tonight as well. Going in to the evening's show, it already bagged nine awards, and they only added more. In all, it now has 38 total, one more than "Frasier," which won 37 in its time on that air. It won 12 Emmys this time around, while "The People vs O.J. Simpson" also had a great night.

If there were any surprises, it may be Tatiana Maslany and Rami Malek for lead actress and lead actor in a drama, respectively. Now, before people jump and think it was so cool that HBO won the top two awards, they did it last year as well.

Diversity on display and kudos for Yang to play into it and laugh...

.@JimmyKimmel kicks off #Emmys night with laughs and jokes! pic.twitter.com/lqaJX9OZY3


...Jimmy Kimmel great opening and rips it at the same time..

Chase Sapphire Reserve Blue Room: Access to TV's biggest stars as they mix and mingle before taking to the Emmy stage.
Thank You Cam: A first look at award winners fresh off the stage as they thank additional friends, family, colleagues and fans.
Host Cam: Host Marc Istook shares tweets from the fans with the winners throughout the evening.
Emmy Photo Lounge: The night's big winners and star-studded presenters pose for their official Emmy Magazine portrait exclusively on Facebook Live!
- - -

From Timobns - - To be honest, something has happened to the Emmys. Like most award shows, when they stray from what they are - an industry award show - they are lame. It is that simple. Best on TV? But, they are watering it down by expanding categories and adding some that make no sense. Plus, the ways in which we watch means shows win and not many people see them - at all. They say they watch, but come on. When a show gets 3-4 million, people are not watching. Take a look at the red carpet show and you will see all the butt-kissing. The hosts always say the person they are talking to is sooooo talented and we all watch and are rooting for them...not when a show is that low-rated. Meanwhile, the show itself has lost viewers in droves. Why? The viewers are seeing the PC culture take over and tuning out. They do not want to be lectured to while watching a TV award show. I always grin when an award show about TV's best is not watched by its fans.

See the full list of winners from night one of the #CreativeArtsEmmys: http://bit.ly/2chTK2P ​

Complete list of nominees ​#Emmys....OBNS always teams with The Wrap for out award season coverage..go HERE
​
From Timobns - - While shows like "Orange is the New Black" and "Game of Thrones" are chatted about all the time and by people who do not have Netflix or Showtime, they do not care. Then when the ratings for the actual Emmys are announced, it is lower than anticipated. Why? Broadcast shows are often left out. The shows people actually watch like the CBS TV lineup (even if I do not, people do). That network is the most watched. Diversity has nothing to do with it. The quality of the shows always matter but just because it is on pay cable, or a streaming service, does not mean it is better

From Timobns - - It is harder, with the restrictions, to have a broadcast show be all it can be. On cable, the sky is the limit. Go ahead and have extreme violence, sex and swearing. That, too, does not make the show better, but, to many, it does. "House of Cards" is all the rage, but come on, who really watches that?

Disclaimer...
emmys.com and Television Academy Twitter feed and others are all part of this...in no way do I claim to be the all-knowing soothsayer. I rely on my sources as well, as real time reports is all about.
[Last edited Sep 19, 2016 03:32:09]
TOB
page   1
12 replies 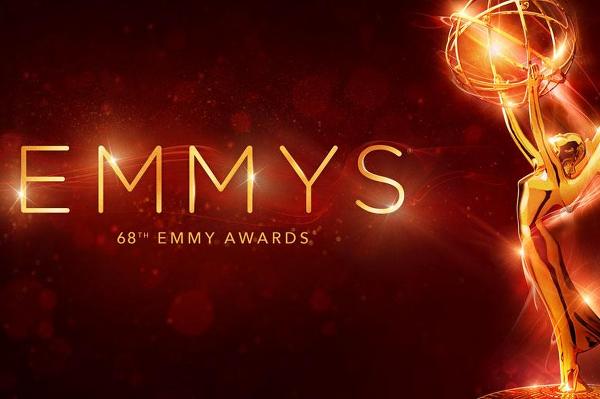 #Emmys: Take a stroll through the red carpet just like the TV stars! pic.twitter.com/LOz2so5Byb

timobrien33 said Sep 18, 2016 23:42:25
ABC started 0-2 with their hosts on the official red carpet segment...first, they got the name of Mr. Robot character wrong and then James Corden noted how they got the idea for Carpool Karaoke...it was not what the guy said...
TOB

.@torikelly just paid a beautiful tribute to all the actors and actresses that we miss dearly. #Emmys pic.twitter.com/ZloPwhfag5

TOB
page   1
Back to Topics
Login below to reply:
get your own embeddable forum with talkiforum.com