Members | Sign In
O'Brien News Service > Real time reports
Here will be my annual pre-Oscar coverage live from Hollywood and other parts of southern California. Always check the home page as well. Check Twitter as that is an easier forum to instantly place an item as it happens.

I am picking Alexandro Inarritu for director and that means he gets two in a row...wow..."The Revenant" will win best pic, too. It has the most noms and that is the only reason I am picking it...wow, that was deep, right?

THAT IS A SURPRISE SHOW AT TOWER RECORDS WITH ELTON JOHN AT 11 A.M. TODAY - IT FEATURES LADY GAGA...

HERE IS HOW THE BEST PICTURE IS AWARDED, THANKS TO THE WRAP

Not sure how the #Oscars Best Picture is selected? Watch below to school your friends with some @TheAcademy facts 🏆✨https://t.co/B5DY8LzCx6

UPDATE: 02.27.16 Tarp taken off red carpet...
- Elton John gives a pre-Oscar concert at the Tower Records parking lot at today.
- Oh, by the way, out of the 24 Oscar categories given out, 21 of them feature a British performer. HUH? A BAFTA in the U.S. They stay at what they deem the Brit Hollywood Embassy here...no, it is a hotel.
- Only three of the five nominated songs will be performed. This category has fallen over the years, but lately, it came back. BUT????
- It has been a couple years since they took away the pre-Oscar eating and drinking for press with Wolfgang Puck and company. It was held on the red carpet under the tent - no more, they do it elsewhere and not as many get in to partake. In fact, the press is getting smaller and smaller over the years. Time to rethink the trip.
- Minions are presenting.

UPDATE: 5 p.m. PT 2.26.16 - The Oscars are always a security nightmare, but now vice president Joe Biden is coming - oh boy. He is set to introduce Lady Gaga's song...seems like the Academy is playing its hand and thinking she is going to win - and beat Sam Smith for a Bond song, which are also always well-received. Adele won one for a Bond tune and everyone though Sam would be next. We will see.

Here is where the enter on Sunday night...the carpet has a similar feel from lat years with gold dominating and white...black is always presents, too. but the gold jumps out and they will have rolling scrolls (a ticker) of nominees with a gold outline with white background, several tall rectangle digital items showing movies of the past, giving it a feel of Oscar past glory, which has been done over the years recently, too...black colors line the lower part of the carpet with gold lettering...

Where they enter on Sunday pic.twitter.com/AKnKH3uva2

- two changes of note: there is usually a huge gold draped curtain, tied and draped over the entrance (right under Dolby Theater sign...see here...

The other change is the HUGE Oscar right near that drape and in front is not in that spot anymore..it actually is more prominent now and will be greeting red carpet attendees right before going inside, under the new entrance - and then up the stair and into the theater...


Today: 02.26.16 ...Oscar weekend is here: closures, protests and the usual characters ...the closures are not new here, and security gets tighter as the show nears - more roads getting to the venue shut down as does the subway and businesses..snipers on rooftops, metal detectors on streets and drones, and LAPD all over...Al Sharpton plans a "tune out" and protest at Sunset and Highland (effective? Not really as that is out of sight of venue. And by Sunday, the closures will make that moot.

- Many still think it is too close to call for Best Picture, but since "The Revenant" has the most nominations, that seems to be the one folks are leaning towards..but, "Spotlight" looms.
- Note, the Oscar president and the host are African-American and they have and will address diversity issues, but to tune out might hurt that - they need the support. And should get it.
- Overall, it seems like a boring movie year, but not like last year when "Birdman" won ...
- Oscar producers noted: “This year’s show reflects a commitment to showcase cinematic contributions from a variety of genres."
- When they list a special performance, that means the In Memoriam. David Grohl was announced as a special performance.
- Hard to pick song this year. That has not happened in a while. It is between Sam Smith and Lady Gaga. It seems like they want Lady Gaga, who won an acting Emmy recently.

Meanwhile,
#Oscars: Transgender Nominee Anohni Pens Essay on Why She's Boycotting the Ceremony http://thr.cm/k9ipKT
Chris Rock teases the #Oscars with #blackout tweet: http://bit.ly/1QKzHep Kind of defeats the purpose, right? After last year's low TV number, why not just go on and perhaps people will not tune in as much as usual. That happened last
year.
- The product matters an d there is too much of it but to some not enough of the right casting. The whole process is due for a shakeup, like in the 1960s...

IMDbVerified account ‏@IMDb The stars aren't the only ones getting spritzed and buffed for the big day. http://imdb.to/21vxPb1 #Oscars

Here's why advertisers are nervous about this year's Oscars broadcast
http://lat.ms/1pbYs72

BEFORE: Tim's Pick - I am holding off on the top two until later this week. Stay tuned. For a recap of the nominations and my take, head HERE.
Actor: Leonardo DiCaprio
Actress: Brie Larson
Supporting Actor: Sylvester Stallone
Supporting Actress: Alicia Vikander
Screenplay: "Spotlight"
Adapted Screenplay: "The Big Short"
Foreign Film: "Son of Saul"
Animated Film: "Inside Out"

Oscars no longer minted in Chicago. Click HERE.
Presenters/Performers: Click HERE.
With the Oscars this time around, the backdrop has some controversy. It will be addressed but will not be covered like a gossip show or speculation and race-baiting. It will be as it happens on the show. That takes away from the actual love of movies and the Oscars are the top award show each year and the most-watched TV show every year. The only other TV event that is higher is the NFL, and of course, the Super Bowl (playoffs too in the NFL)...

I have always addressed the art of making movies in my coverage and the box office matters. This is the Oscars, not the Golden Globes, or the Grammys. 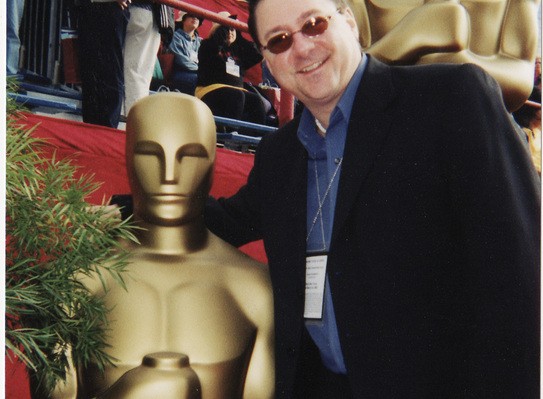 To accommodate the construction of press risers, fan bleachers and pre-show stages along the Oscars red carpet, Hollywood Boulevard will be closed between Highland Avenue and Orange Drive beginning at 10 p.m. on Sunday, February 21, and remain closed until 6 a.m. on Tuesday, March 1.

Short memories or holding films? Yep, holding films, for the most part, and releasing them later in the year. Only one released before October 2015. That was "Mad Max: Fury Road" and that was a surprise nominee, to many. Insiders says it was not, but come on, it was.

It is a tough genre to watch, too. Note: voting can make this category weird as it can have up to ten nominees. It did not this year and the previous two, which had nine. This year it is eight. That could be a reason why "Compton" did not get in, or "Creed," which would have been a fine addition. The voting is the issue, not necessarily diversity. It would be interesting to see the actual vote tally for this year - and see how close films and performers got to getting in.
TOB

TerriPheanis said Feb 29, 2016 01:13:34
Mad Max was the only film I did not see and I just don't like that type of film. I didn't think I would like the Revenant but was really surprised how much that film brought me in emotionally--I hope it wins!
page   1
Back to Topics
Login below to reply:
get your own embeddable forum with talkiforum.com